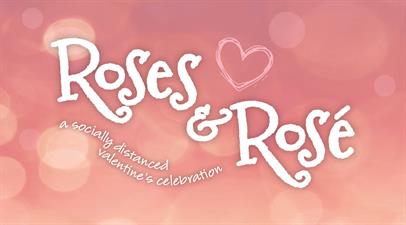 An evening in the Garden with those you love.

This special event is made possible with the generous support of Chateau d’Esclans, Whispering Angels & RejuvChip.

Get Tickets for our Valentines Day Concert on Eventbrite or mbgarden.org

Troy Anderson as “Satchmo” on trumpet, with the hankie of course, and the signature gravelly voice, is Armstrong brought back to life! The Wonderful World Band replicates the same instrumentation as Armstrong's bands in detail, musical arrangements and style, making this the best Louie tribute band on the scene today. Troy Anderson has won many awards around the world and also played Louis Armstrong in the feature film Capone. Anderson's Armstrong is too natural to be called uncanny, He starts out with the look and slips easily into the rest, the dinner jacket, the trumpet-with hanky, the roly-poly voice and the joie de vivre!

The music of Louis Armstrong is timeless and universal and appeals to all generations. An American icon, Armstrong performed in Miami several times in the 1940s, at the Lyric Theater and other venues, where he campaigned for integrated audiences. Troy Anderson is widely considered the top Louis Armstrong tribute artist in the world. Living in Europe where he tours extensively, Troy makes a rare South Florida visit to perform at Armstrong’s classics.