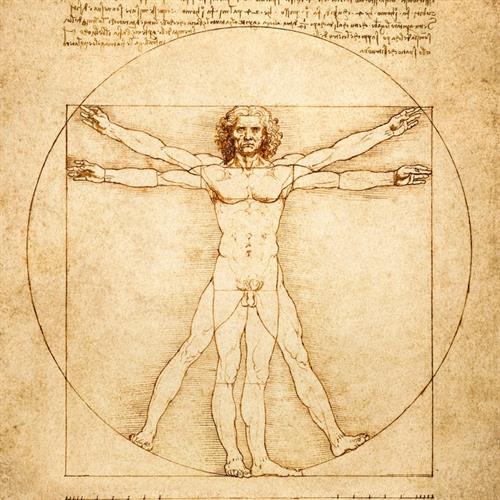 Investigate a series of interactive, life-size machines crafted from the codices of Leonardo da Vinci that brings to life his work as an inventor, artist, scientist and engineer.

Who was Leonardo da Vinci? Some say an artist or philosopher. Yet, others note his brilliance as an inventor and engineer.

The truth is, all of these answers are correct. Leonardo da Vinci was the ultimate Renaissance man, and his famous codices contained intricate details regarding inventions that were astonishingly ahead of his time.

Created with the assistance of the Museo Leonardo da Vinci – Rome, Italy, and a number of experts in Italy and France, Da Vinci – Inventions presented by Bank of America celebrates one of the most revered and dynamic minds of all time: Leonardo da Vinci. The exhibition features 16 compelling themed areas of da Vinci’s work, offering you an unmatched look inside the mind of a man who laid the groundwork for some of modern society’s most impactful inventions such as the helicopter, airplane, automobile, submarine, parachute and bicycle.

All of the inventions brought to life for Da Vinci – Inventions were crafted by Italian artisans, many using the same techniques and materials from the Renaissance period. Scouring more than 6,000 pages from da Vinci’s personal codices (notebooks), the artisans deciphered hidden clues, intentional mistakes and mirror-image writing that da Vinci employed to keep his works top secret. Then, they faithfully crafted interactive and life-size replicas of these machine inventions. These works include the first concepts of a car, bicycle, helicopter, glider, parachute, SCUBA, submarine, a forerunner to the modern military tank, and an ideal city, to name a few.

Suitable for all ages, this amazing exhibition provides a fascinating insight into not only the mind of a genius, but also into the fundamental scientific and artistic principles that he discovered. Da Vinci – Inventions is an inspiration for the whole family.

Highlights of the exhibition include:

Da Vinci – Inventions is presented locally by Bank of America. The exhibition was developed by Grande Exhibitions, under the kind auspices of the Commune di Roma, Commune di Firenze and Citta Di Venezia.